Andisheh is down on Atlanta, and he’s not alone.

It’s not any one thing. It’s all the things: the city’s budget woes, crime woes, environmental woes, crap schools, and the entirely predictable botching of the Beltline’s funding scheme.

And then there’s the leadership —or lack of it.

Mayor Franklin was either too inattentive or too incompetent to notice the city’s budget projections were wildly off-base.

Instead of being apologetic, Franklin veers between self-aggrandizement and self-pity. She began a recent news conference about the city budget with a whiny recital of her greatest hits and a complaint that the media is too hard on her.

Yeah, yeah, yeah you fixed the sewers and you’re not Bill Campbell. Great. Thank you. I appreciate it. “I’ll make you proud” has morphed into “I’ll make you less ashamed than the last guy did.”And she expects us to be happy with that.

When expectations were low, Franklin exceeded them. Now that she’s raised the bar, the mayor consistently fails to clear it.

There’s hope for the future, however, as a credible outsider is contemplating a bid to succeed Franklin. Jared from Subway, otherwise known as Clark Howard, is a renowned tightwad with unchallenged integrity, but can a geeky white guy win over Atlanta’s minority majority?

4 thoughts on “the city too inept to change” 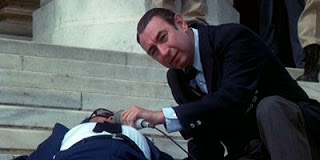